Finally...I know, I know. I keep promising this pattern, but life seems to get in the way. 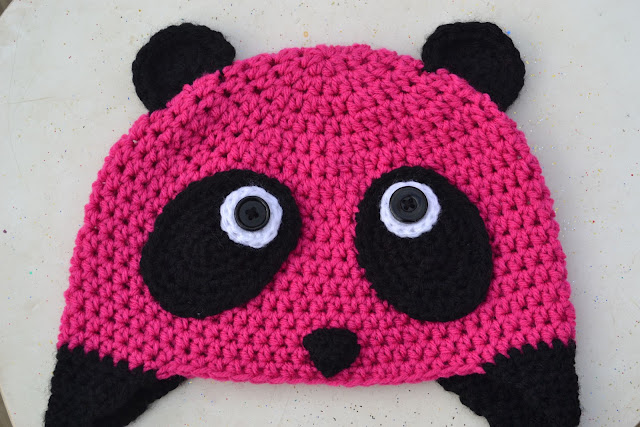 Size
Fits a child, teen, or small adult head
I made this hat for a 6 year old and it barely fits my head. (I have a pretty small head) 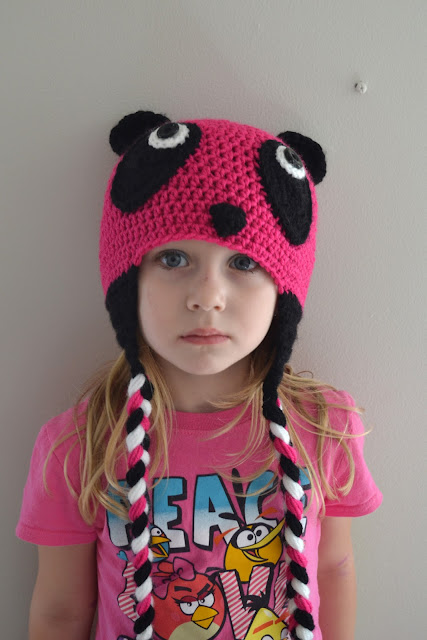 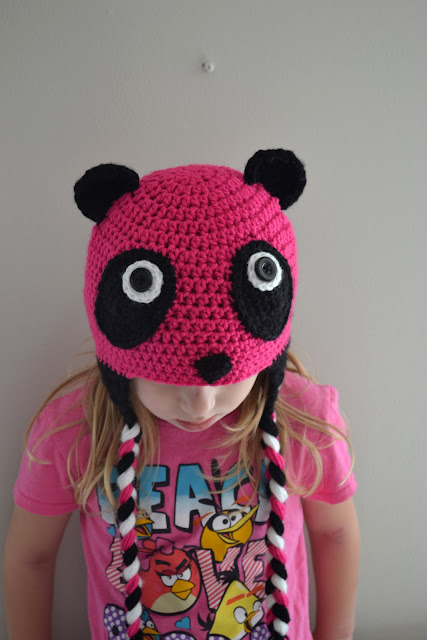 Note: For this pattern I did not join each round. I hate the seam, so I just kept going around. You may need to mark the first stitch to keep track of the ending/beginning of each round. 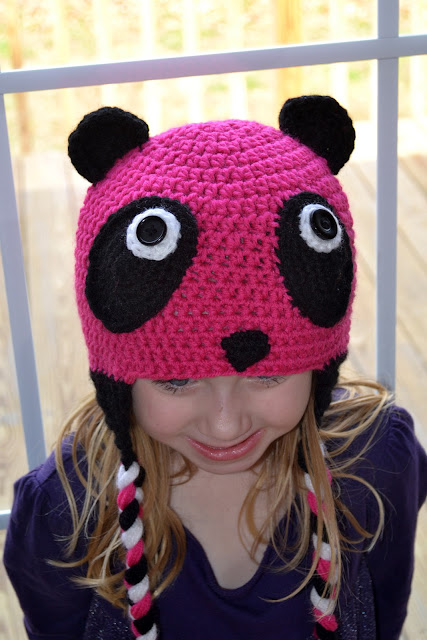 Rnds 9-17: Work hdc in each st around. On the last rnd you will finish off. I worked a sc then sl st in the last two sts, just to prevent seeing a really pronounced finish.
(If you are using the same color for the ear flap don't worry about the sc and sl st.)

Holding the hat with right side facing, attach Black yarn with sl st.

I did not crochet an edging for this hat. I like the way it looks without one. 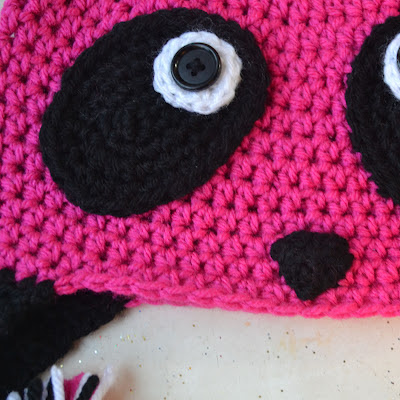 Finish off, leaving a tail long enough to use in the braid. (12 inches or so) I really hate weaving ends when I don't have to:D

* You will hold two strands of yarn together. This makes the ear thicker and stand up better *

Finish off leaving a tail long enough to sew onto the hat.

This will be your inner eye, where you will sew the buttons

Don't fret over the stitches. If you find that you are off by a stitch, it will be ok as long as you end up with an oval shape. Work these spots in a continuous oval. Do not join after each round.

Sew the inner eyes onto the outer eye spots, referring to the photos. Then sew the entire eye spot to the hat. Try to place the spots more vertical than horizontal. Mine may be a touch too horizontal.  To me, this makes the face look like a raccoon (maybe I've been looking at the face for too long now;D)

As always, remember to sew through the top layer of the stitch on the hat. Don't go completely through to the inside, this will make the inside of the hat look messy. 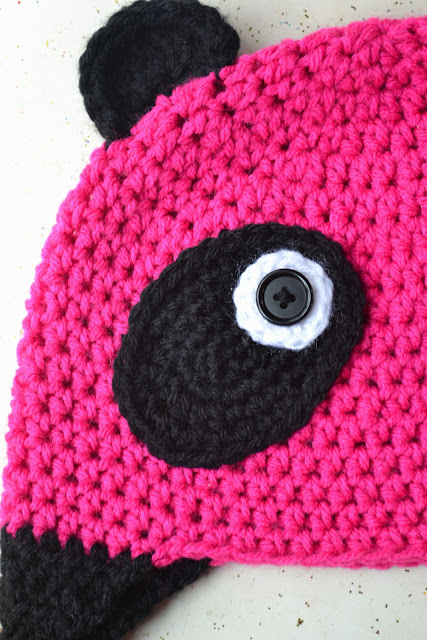 I used Black, Pink, and White 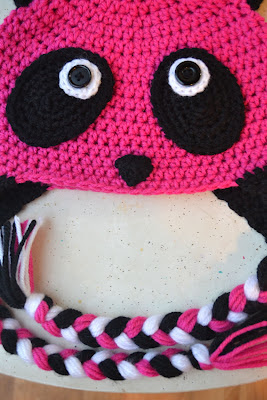 Please let me know if you find a typo or mistake. I'll gladly correct it. I'll take better photos tomorrow and hopefully Ireland will cooperate.