Life outside of crocheting

It's obvious I've not blogged very much lately. I haven't crocheted or knitted very much either. I've certainly wanted to but I chose not to. Other things became more important over the past 6 months or so.

I've been reading the blog lately and I've noticed a habit that I do all the time. I apologize quite a bit. I apologize for not posting, or reading my blogging friends blogs enough, or for not creating new patterns to share. I've decided I'm not going to apologize so much from now on. There are things in my life that are taking up a lot of my time, and I can't seem to find the time, or balance my time to be able to include blogging with all the other things. I want my daughter to grow up knowing that I was present in her life and all the activities that she chooses to do. I don't want her to look back and think, "All Mom did was sit on the couch and knit or crochet." Don't get me wrong I love crafting more than any thing. But I haven't been able to find the balance yet. Honestly, the priorities for me at this time are being present and active in family life. So now I'll share a little bit about what I have been doing over the past few months. I have to say even though I haven't been able to knit or crochet as much as I want, I am happy and proud about the things I've been able to accomplish.

Last year when the school year started, Ireland decided she would join Girl Scouts... But there was one big problem. There was no Brownie troop in our area. There was a troop of Cadettes, and their troop leader told me that unless a mom stepped up and formed a new troop, there would be no troop for Ireland to join. So guess what... I became the troop leader of a brand new troop of Daisies, Brownies, and Juniors. The Junior dropped out so it became a Daisy/ Brownie troop. From September until the end of the school year we held meetings, events, and cookie booths. Ireland and the other girls had lots of fun. 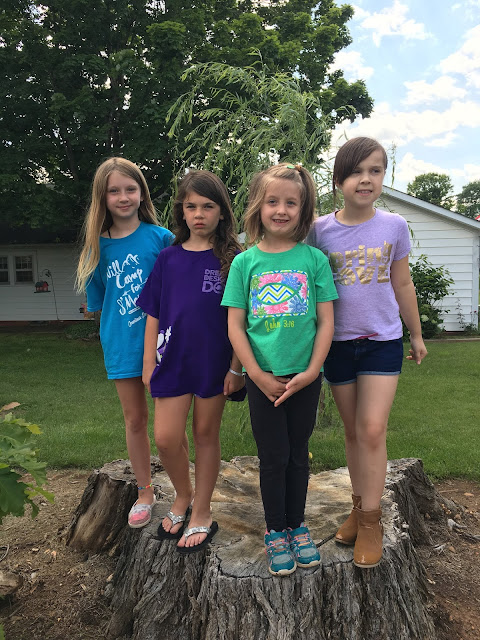 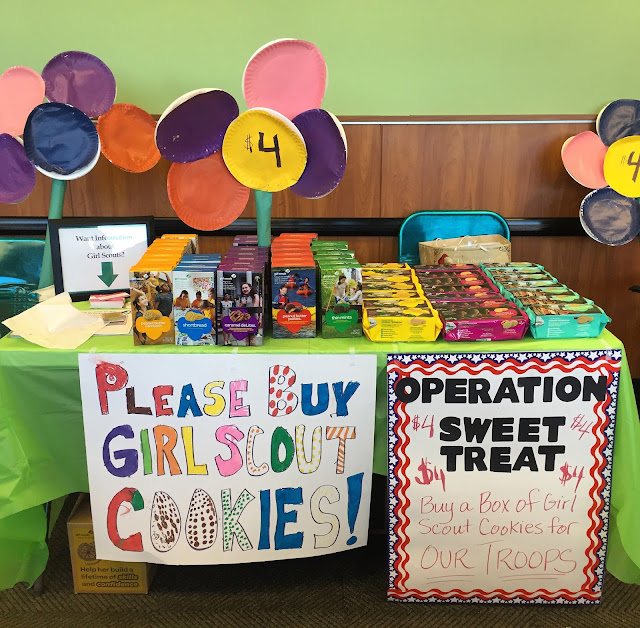 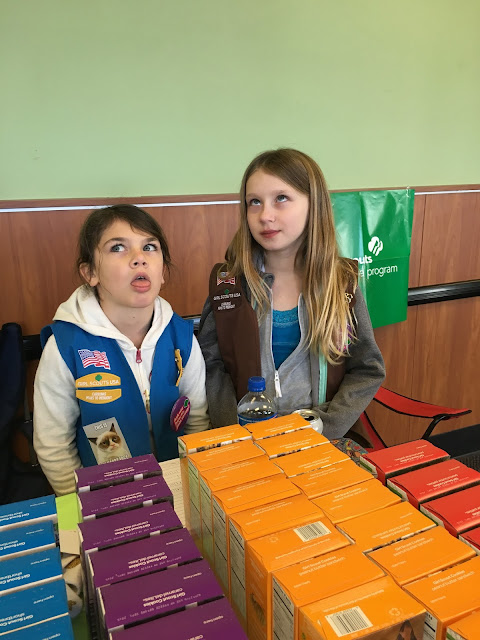 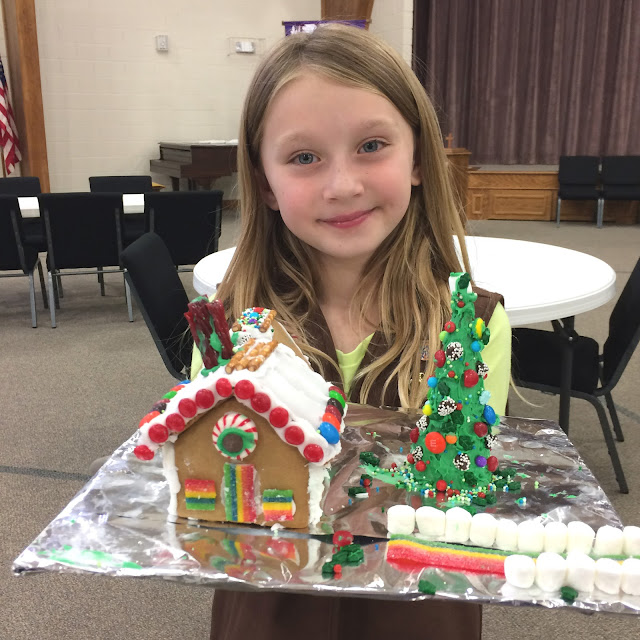 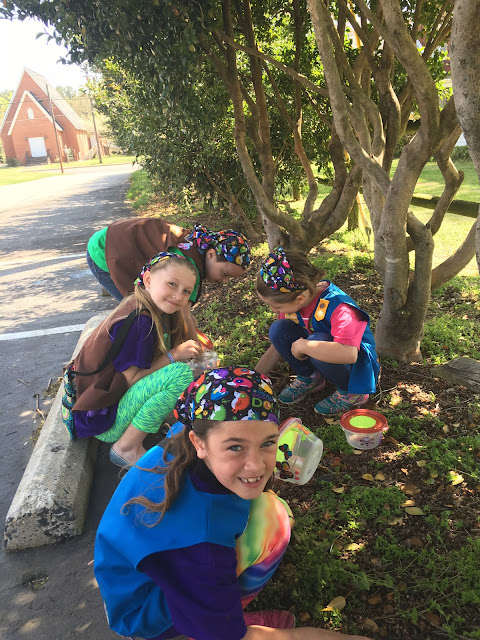 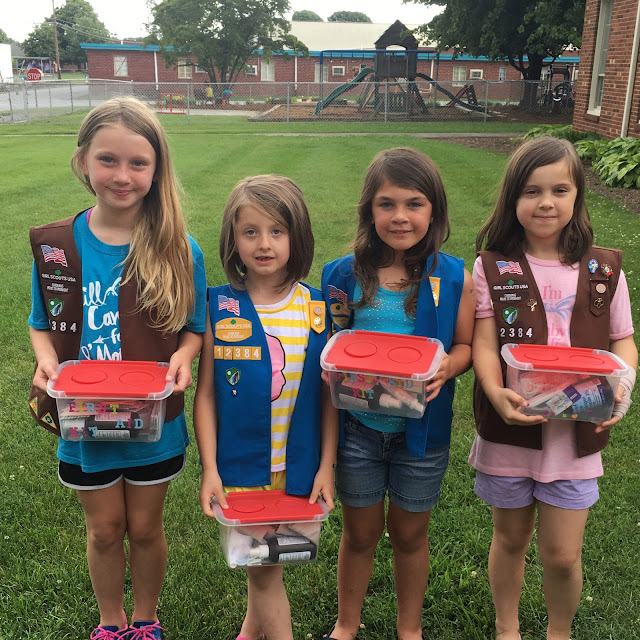 We also went to a movie, trampoline park, out for pizza, and a couple other outings. In a couple of weeks we'll go see The Secret Life of Pets. We'll have a break from scouting until September.

Ireland also joined the county swim team. She's always been a pool baby so I thought she would love being on the team. 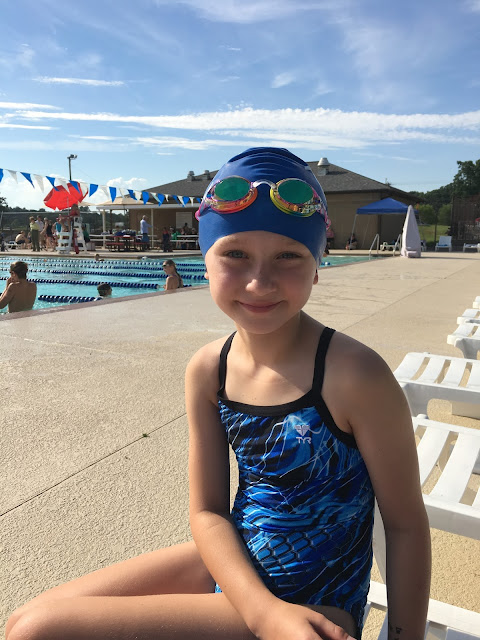 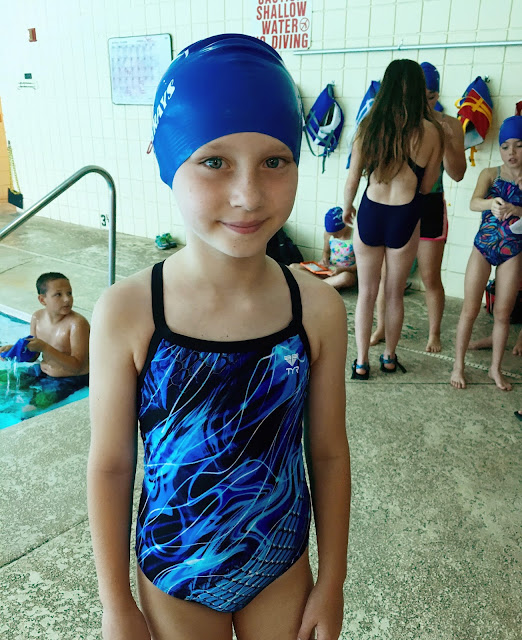 I think she enjoys herself, but she seems to get frustrated if she doesn't finish first or second. I keep reminding her it's more about improving as a swimmer, learning more, and improving her own times. But I guess there's nothing more motivating than winning. It's very hectic working full time, going to the pool 4 days a week, and trying to get to the out of town meets, but the season ends in two weeks.

So that's what I've been up to. I regret that I can't crochet or knit more, but I am happy about everything else I have chosen to do.

I'm still knitting the same pair of socks I posted about two months ago. I'm also working on the post about the hanging basket. That will be coming soon. I will not make any more promises, but I am motivated to finish that post because of a collaboration with Lion Brand. I'm super excited about that since I love and use LBY so much.

Have a great holiday weekend!