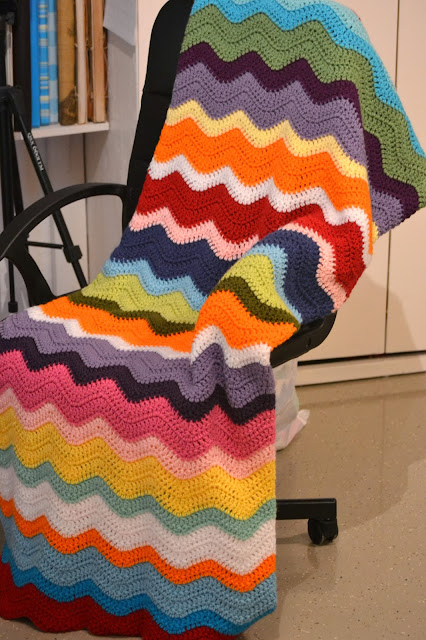 I forgot to post about my ripple afghan when I finished it. 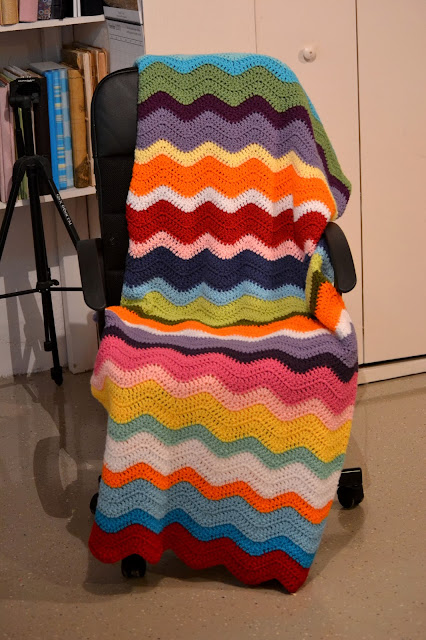 I am a terrible blanket/ afghan maker. I lose focus and start about 50 other projects before I ever finish these larger ones. It only took me about 2 and half years to finish... That's really sad. I keep telling myself that the Patchwork will get done way before, yeah right, I'm thinking...and I'm sure you are too.

These are not the best photos, so I'll try to take better ones tomorrow. (the dark colors are actually a darker blue and purple). Yes, I broke my own picture taking rules...no natural light with these to show the true colors.

I'll also try to come up with a name for the new hat, so I can get that pattern posted. 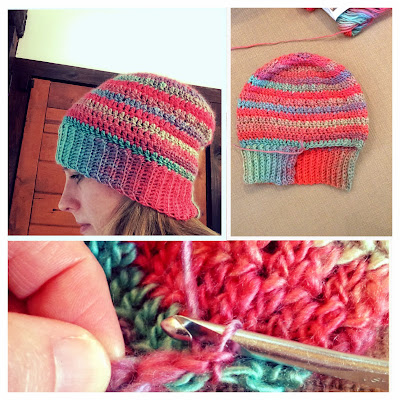 The only good thing about cold weather is the motivation is gives me to crochet. Oh, and to wear all of the things that I've made.

This hat is my latest project. I made it last night while watching tv. It is a super fast project. 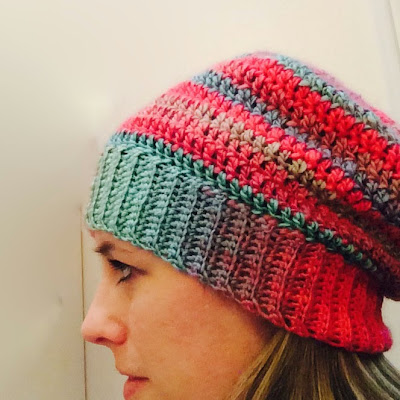 I'll post the pattern after I come up with a name and take some better pics.

Now, I think I'll try to respond to comments and emails. I've been so slack about that lately.

Have a great weekend! 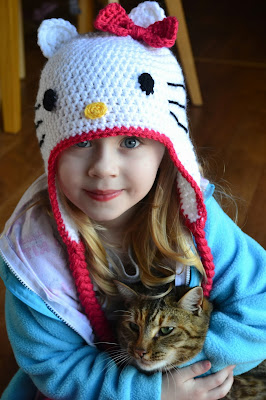